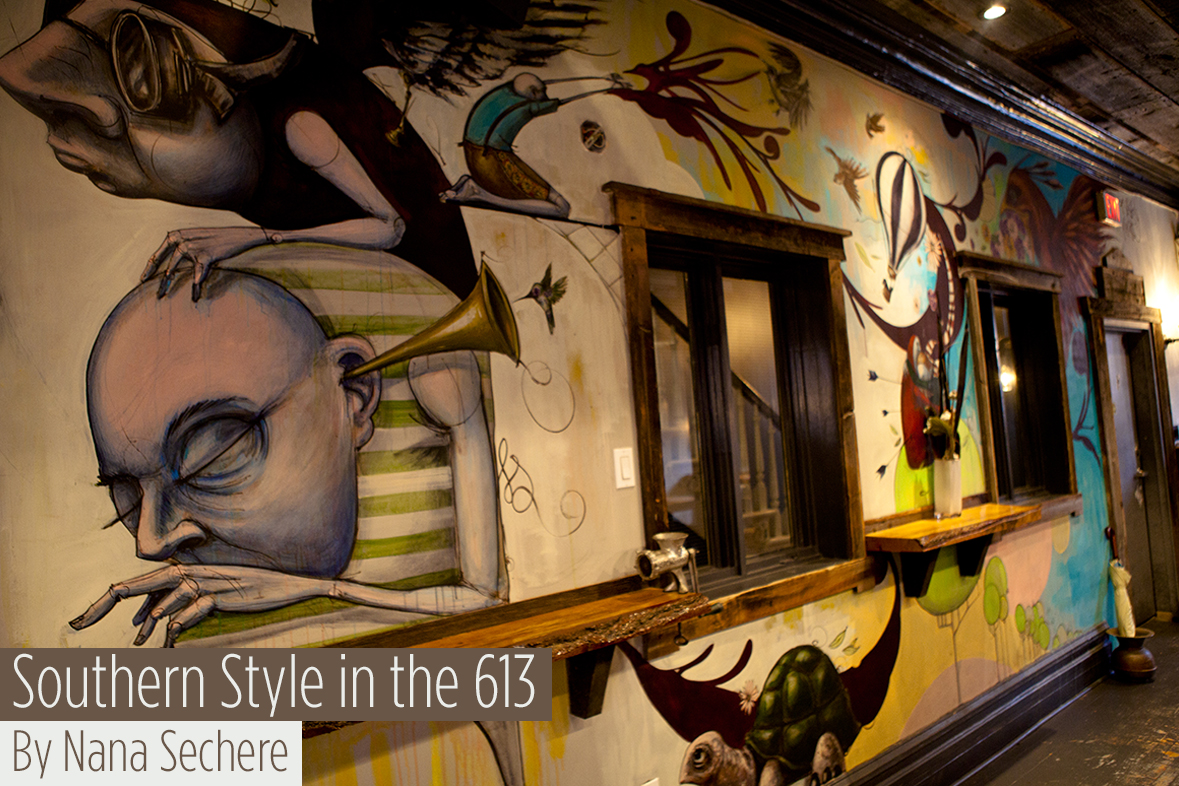 Southern style cooking, when done correctly, is one of the best forms of comfort you can have. When I say ‘southern style cooking’ I’m not talking about fried chicken made by a colonel, I’m talking about Yardbird. That’s right; buttermilk fried Yardbird. I’m also talking about catfish with creole remoulade and double smoked bacon. Sounds delicious even if you don’t know what remoulade means. Every dish has an immense quality of flavour and I can guarantee that you won’t find southern cooking like this, anywhere else in the city.

Union 613 is one of the few places in Ottawa that has taken a restaurant concept, and pushed it beyond its boundaries. While designing the restaurant, the owners borrowed décor ideas from the many bars, and local artists, they’ve visited in Brooklyn, New York. With this in mind, understand that you won’t feel like you’re on Somerset street when you enter the restaurant. A key to the atmospheric change is in their communal tables. While you enjoy the intense flavours emanating from your Ocean wise fish and grits or your mac and cheese with caramelized onions, your party may be joined by another friendly group of people at your communal table. I used to be someone who didn’t like the idea of ‘communal tables’. What if I was on a date, or having an important conversation with a friend or business partner? However, once I experienced the communal table, I realized that it encouraged a social dynamic that is missing in today’s society. The ability to look at a stranger and say hello without feeling threatened or shy. For the most part, everyone at the table will respect social mores and customs, while talking about the one thing that brought you all to the restaurant; The food. 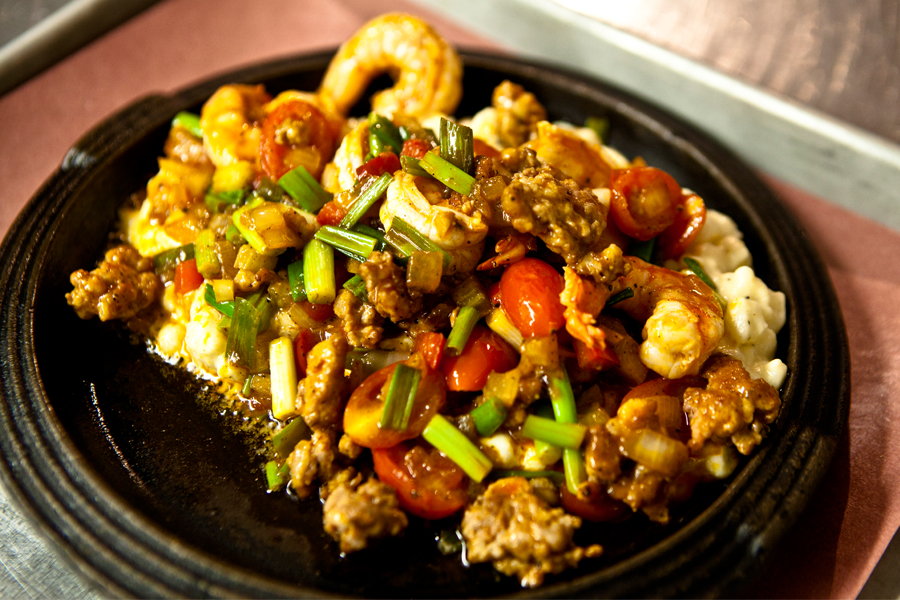 If you’re a fan of brown liquor and the beautiful art of mixing a cocktail, this place is definitely for you. The bartenders approach mixing drinks with a chef’s mentality and can create cocktails that you’ll never forget. The lead bartender Jesse Beamish even offers a class on whiskey for those of you interested in learning about the spirit while tasting it’s subtleties. The beer menu is reflective of Ottawa’s strong brewer community, and the liquid flows from knife handle taps that add a nice touch. Even if you aren’t feeling hungry, you’ll have just as good of a time at the bar sipping a few.

Are you searching for a unique bar experience that won’t be found anywhere else in the city? Union features a tiny ‘speakeasy’ located in the basement through the doors of a mock bookshelf. The speakeasy, open long after the dining room has shutdown, is the perfect area for a small group or a night of one on one conversation.

Union 613 has garnered local and national respect with its exceptional service staff, innovative menu headed by Chef Darren Flowers (features brunch on weekends, lunch and dinner throughout the week), and its ambitious and talented owner Ivan Getz.

Pop your head in and see what the fuss is about.