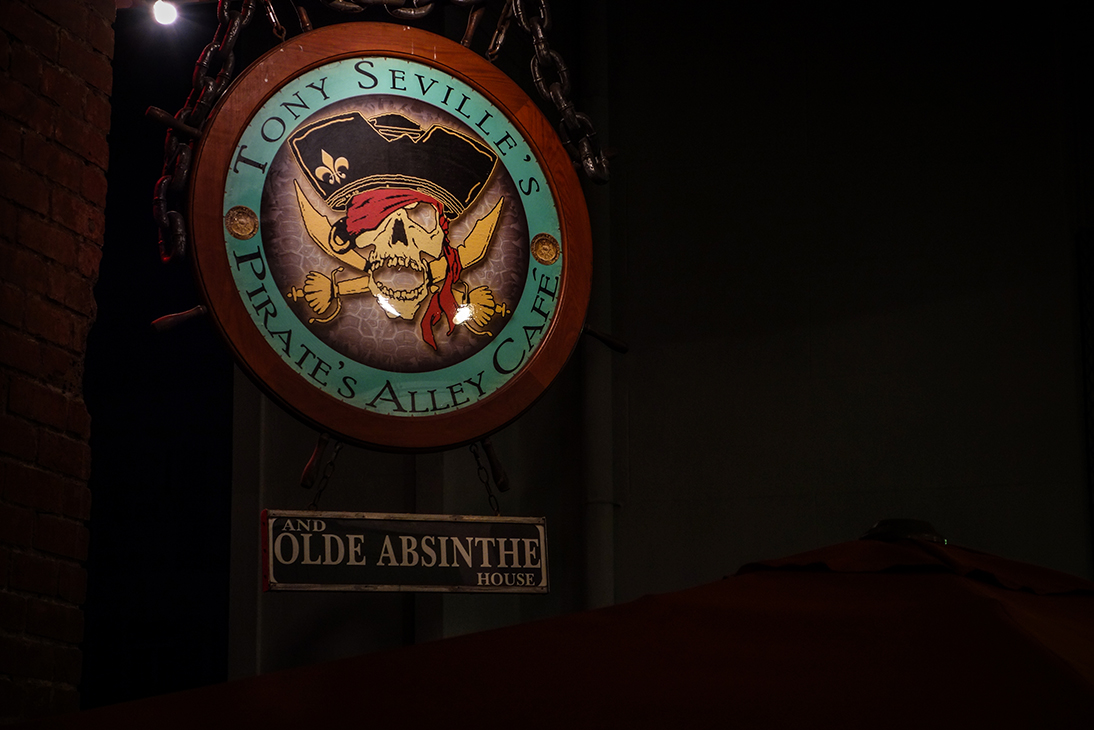 It’s rare to find authentic absinthe at any bar in Canada, so I was very happy when I found some in the great city of New Orleans. Not only does Pirate’s Alley feature this legendary liqueur, but they also have multiple fountains to facilitate the delicate process of releasing the green fairy. Pirate’s Alley is truly off the beaten path and it’s easy to miss if you’re wandering the ‘Quarter’ in a bit of a haze. If you do manage to stumble across it, you could be in for quite the ride.

Pirate’s Alley is one of the best places to make a pit stop on your jaunt through the Quarter. Along with the Absinthe they are known for, they offer ‘dead baby’ shots which literally have floating toy babies, and many of New Orleans favourite brews. The staff consists of friendly women dressed in pirate outfits, in a cozy little bar with all types of rustic aesthetics. 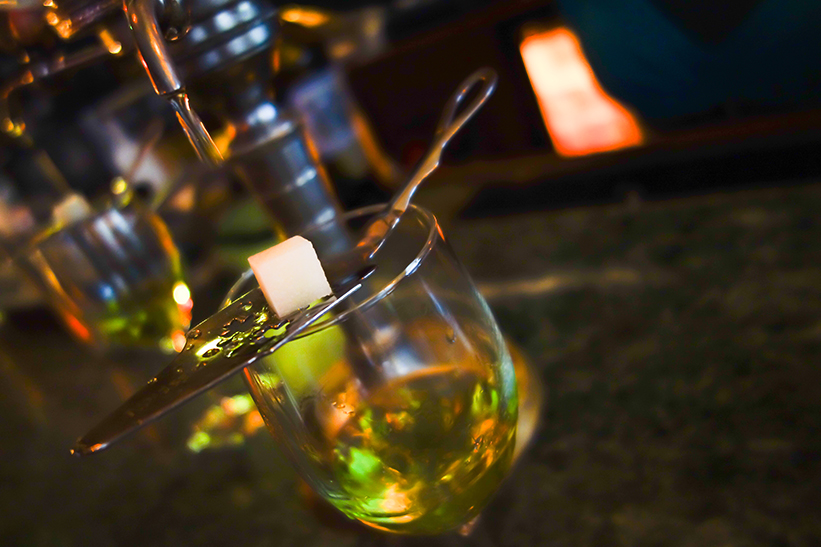 As one of the most historic venues in the city, the Alley itself is quite legendary. Ripe with tales of spirits and hauntings, Pirates Alley Café stands on the site of the former Spanish Colonial Prison of 1769 called the Calabozo. In this very prison, the famous pirate and hero of the battle of New Orleans, Jean Lafitte (who is the namesake of the oldest bar in New Orleans) and his men were jailed by governor Claiborne of New Orleans. The prison was soon demolished and built into the ‘Creole house’ which is home to the Pirate’s Alley Cafe.

With so much tradition in this part of the city, you owe it to yourself and the ghosts of all the pirates to pay homage to this quaint little bar.