The Monteleone empire began earnestly as Antonio Monteleone operated a very successful shoe factory in Sicily. As incredible as life was in his native land, adventure called out to him when he heard great things about America and its dream. Monteleone arrived in New Orleans in the year 1880 and continued his trade as a cobbler shop on Royal Street, the busiest area for commerce and banking in what was America’s most European city.

After experiencing success as a cobbler, Mr. Monteleone bought a 64-room hotel on the corner of Royal and Iberville streets in New Orleans’ world famous French Quarter. The setting was ripe for Antonio to spread his entrepreneurial wings when the nearby Commercial Hotel became available for purchase. That was only the beginning of an amazing historical landmark that is one of the last great family owned and operated hotels in the city. Since 1886, four generations of Monteleones have dedicated themselves to making their hotel what it was and still is — a sparkling jewel in the heart of the French Quarter. 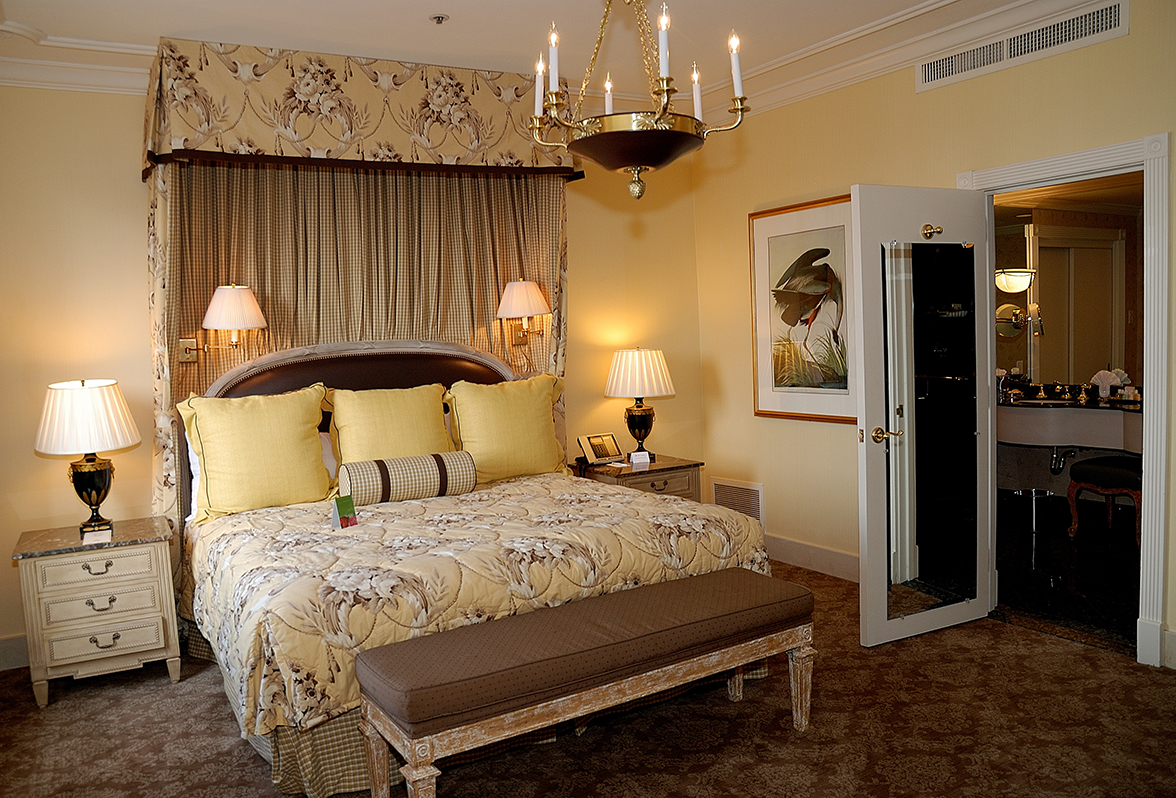 There have been five major additions to the Hotel Monteleone. The first was in 1903 when 30 rooms were added. The next addition occurred in 1908, during a time of financial panic in the United States; when 300 more rooms were added. 1908 was also the year that the name of the hotel was changed from the Commercial Hotel to Hotel Monteleone. In 1913, Antonio Monteleone passed away and was succeeded by his son Frank who added 200 more rooms in 1928, a year before another horrible crash in the U.S. economy. The Hotel Monteleone was one of America’s few family- owned hotels to weather the depression, and remained unchanged until 1954. That year the fourth addition required the razing of the original building and the foundation was laid for a completely new building that would include guest facilities, ballrooms, dining rooms and cocktail lounges. In 1964, under the direction of Bill Monteleone, who took over after his father passed in 1958, more floors, guestrooms, and a Sky Terrace with swimming pools and cocktail lounges were added. 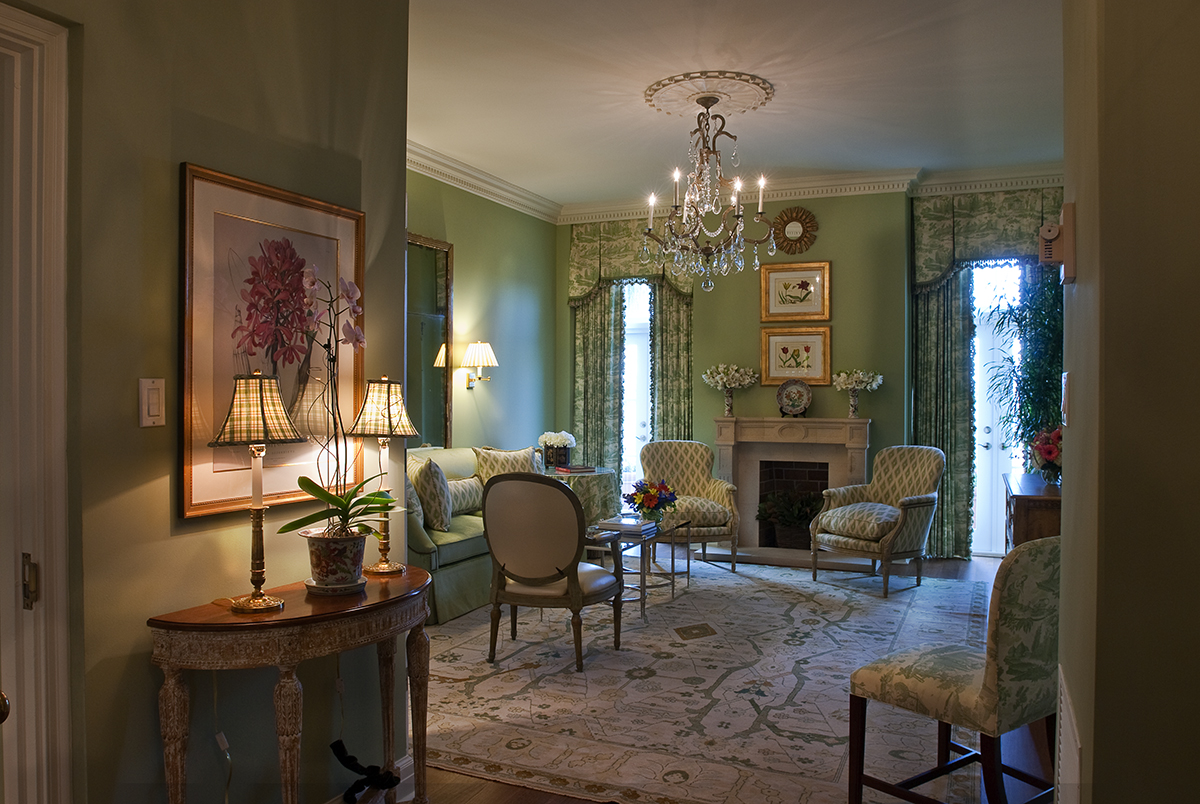 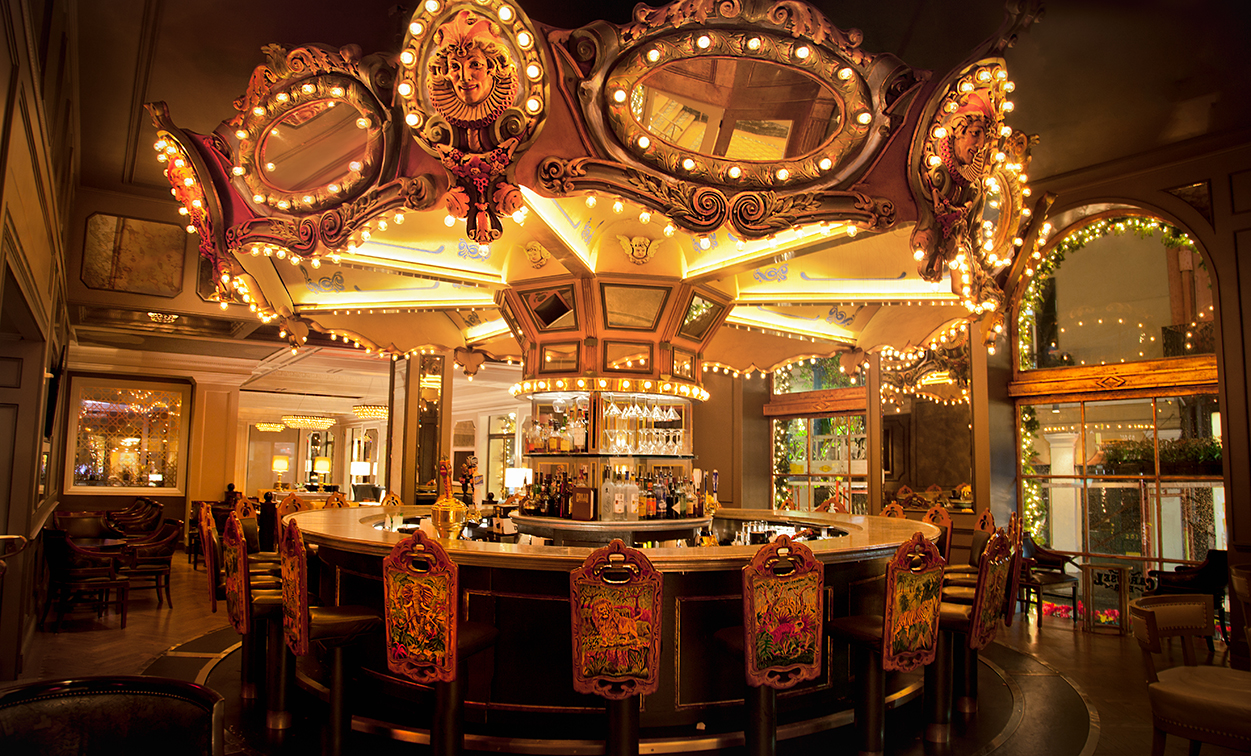 Installed in 1949, the 25-seat bar turns on 2,000 large steel rollers, pulled by a chain powered by a one-quarter horsepower motor. Patrons circumnavigate at one revolution every 15 minutes, but the ride doesn’t end there. Since 1949, some of its riders’ most creative ideas, inspirations and business deals have been shaken and stirred to fruition here, not to mention some of the best spirits. Two famous drinks were first concocted by Carousel bartenders: The Goody and The Vieux Carre Cocktail. In the early days of the Carousel Bar, the hotel was the home to the famous Swan Room, a nightclub where celebrities such as Liberace performed. It wasn’t unusual for the performers to join their friends for a nightcap after their shows. The bar was renovated in 1992 when the current carousel top was added. In 2011, the Hotel Monteleone started an extensive renovation and expansion of the famous Carousel Bar & Lounge. The Carousel Bar area now has a soothing slate color on the walls adorned with antiqued mirrors as well as new furniture and wooden floors. While the authentic Carousel top and the hand-painted chairs around the revolving bar remain the same, the bar now has more lighting underneath the Carousel top and a new pewter bar surface.