After 12 years of dominance, one of the greatest music festivals in Europe is going international. Bestival, voted best festival at the live music business awards in 2014, is headed to the Toronto islands on June 12th and June 13th. Choosing the great city of Toronto was a no-brainer, and will only add to a city that celebrates summer like few other places in the world.

The inaugural event will be headlined by the supremely talented Florence & The Machine, hip-hop legend Nas, Flosstradamus from chi-town, Australia’s Flume, and Toronto’s own Keys & Krates.

Bestival will be held at the Toronto Islands and is proudly brought to you in partnership by SFX Entertainment (the group responsible for TomorrowWorld) and the great Toronto promoters known as Embrace.

Get your tickets here 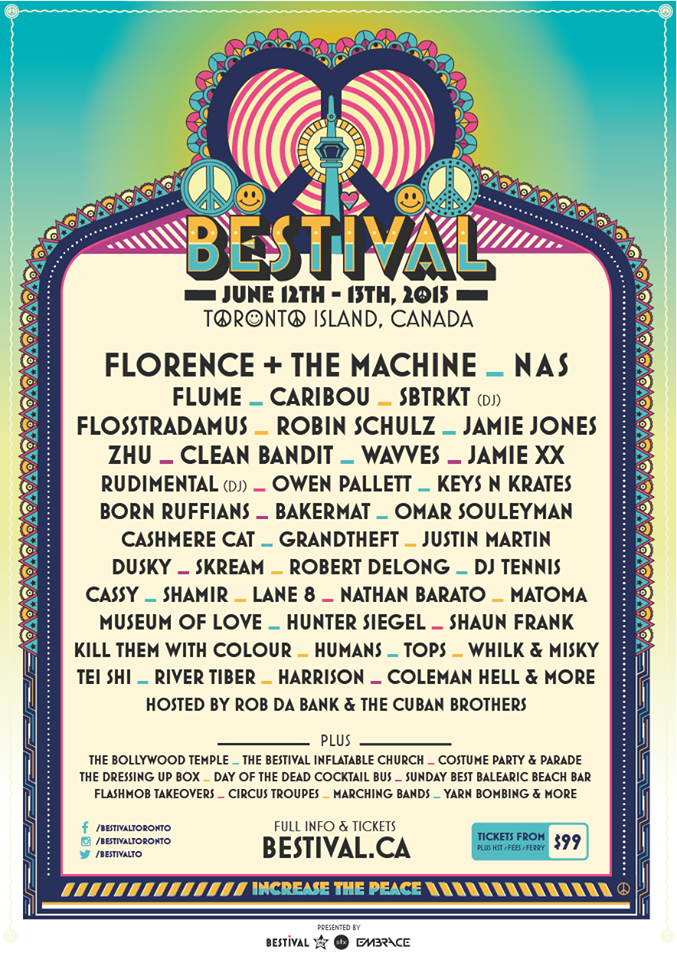